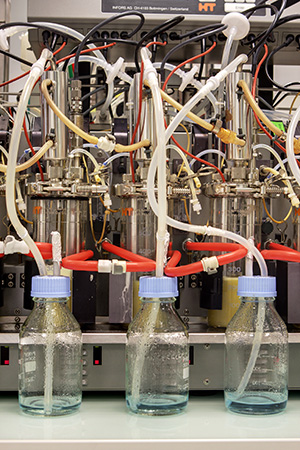 METabolic EXplorer (METEX), an industrial biochemical company specialising in the development and industrial application of green and sustainable biochemical processes, announced on 3 july the signing of an agreement with TOTAL Développement Régional (TDR) for the construction of a PDO/BA (1,3 propanediol and butyric acid) production plant.

The Carling Saint-Avold chemicals platform in Moselle (Greater East Region) has been chosen as the site for this facility. METEX considers the construction of this plant a top priority for the implementation of its new strategy, presented last May.

METEX’s goal is to become the leading supplier of butyric acid for animal nutrition and the top-ranked producer of non-GMO 1,3 propanediol (PDO) for use in cosmetics. To achieve this goal and retain the majority of the value generated, METEX has decided to prioritise the construction of its own production facility.

The objective is to construct a production plant with a capacity of 24 kt in two stages:

Following an initial assessment phase of the METEX project by TOTAL, METEX agrees to carry out studies for the construction of its PDO/BA plant at the Carling Saint-Avold site. TOTAL agrees to make every effort to mobilise all stakeholders and to assist METEX in obtaining public funding.

Last, as the first stage of the industrial project will create 43 jobs in the Moselle, on 29 June 2017, the municipal districts of the Communauté de Communes Agglo Saint-Avold Centre Mosellan approved the grant of a €200,000 subsidy to METEX.

Everything is now in place to launch the studies phase for the construction of this production facility, with this phase being financed mainly by METEX’s partners.

TechnipFMC has been chosen to carry out the preliminary engineering studies to validate the technical and economic conditions for the construction of the plant on the Carling site.

Based on the conclusions of these studies, and once METEX and its financial partners have determined the means of financing the investments for the first stage (estimated at €25 million), the final decision on the investment is expected by late 2017/early 2018. If it is decided to move forward with the project, construction is expected to begin late in the first half of 2018 (with a leeway of 3 months), in line with the announced calendar.